Celebrity Cruises Has A Workaround For DeSantis’ Vaccine Passport Ban, Sort Of - Forbes 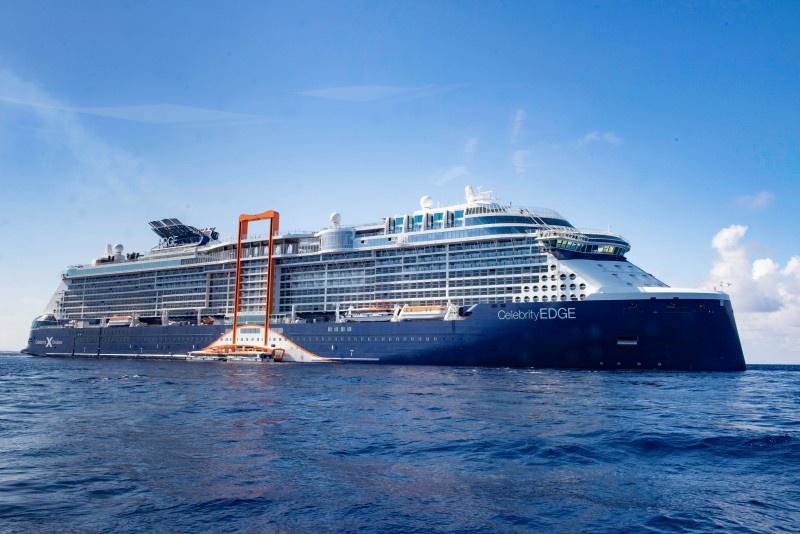 The Celebrity Edge will set sail from Fort Lauderdale on a seven-night cruise of the Western Caribbean.

Tick tock. As cruise lines move full steam ahead on plans to sail from U.S. ports this summer, it’s clear that they are still ironing out some not-so-minor details. Granted, they are in a very tough spot when it comes to sailings out of Florida, home of the three busiest cruise ports in the United States.

For cruise operators, their mission impossible is to figure out how to follow both the guidance from the Centers for Disease Control and Protection (CDC) — which recommends that 98% of crew and 95% of passengers on a ship be vaccinated before setting sail — and avoid violating a much-hyped law from Florida Governor Ron DeSantis that prohibits businesses in his state from verifying the vaccination status of individuals.

The first ship slated to sail out of Florida in 15 months is Celebrity Edge, which will depart Fort Lauderdale on June 26 on a seven-night cruise to the Western Caribbean. That’s just the beginning. By mid-summer, nine of the cruise line’s 15 ships will be operating out of Florida and other ports.

On a call with travel agents on Tuesday, Dondra Ritzenthaler, senior VP of sales, trade support and service at Celebrity Cruises, outlined how Celebrity plans to thread the needle to stay on the right side of both the CDC guidance and the Florida law, according a scoop in the unofficial Royal Caribbean Blog, which is not affiliated with the cruise line. Forbes has also obtained a recording of the June 8 call.

For context, this is the second such call within two weeks where Ritzenthaler has outlined a possible workaround to travel advisors. Forbes previously obtained an recording of a May 27 call where Ritzenthaler told agents that the DeSantis administration and major cruise lines had discussed a possible exemption to the Florida law for cruise lines. A DeSantis spokesperson denied that the governor had ever considered such an exemption and told reporters that Forbes had “misinterpreted” Ritzenthaler’s comments from that call.

Throughout Tuesday’s 46-minute call, Ritzenthaler outlined the CDC guidance and reiterated multiple times that 95% of passengers on all Celebrity ships would be fully vaccinated. “We will require documentation of full vaccination from all guests who are eligible,” said Ritzenthaler. “This is for everybody but Florida is a little bit different, okay?”

“Florida — because we honor the government, we honor DeSantis — we will still go out with 100% of our crew and 95% of our guests vaccinated. But in Florida, we will not require you to have to show proof of vaccination, because we are doing this exactly the right way,” said Ritzenthaler.

“Our President and CEO, Lisa Lutoff-Perlo, right before this call, said, ‘Dondra, you reassure every travel adviser on this call that we will sail with 95% of our guests vaccinated,’” said Ritzenthaler, who did not explain in detail how Celebrity would accomplish this feat except to suggest that, instead of verifying passengers’ vaccination records at the port on embarkation day, Celebrity would manage the ratio of vaccinated-to-unvaccinated guests during the booking process.

That would mean that only five percent of any ship’s inventory for any sailing would be made available to unvaccinated passengers.

At the end of the call, Ritzenthaler fielded a question from a travel advisor asking for additional clarity on how the cruise line would achieve the 95% vaccination threshold. “That’s not anything you have to worry about,” Ritzenthaler reiterated. “We’re going to manage that. We’ve got codes, we’ve got, you know, if we have to shut down cabin categories or open cabin categories, we are going to make sure that’s on us, not you.”

Some cruise industry watchers see these machinations as the unfortunate result of Florida’s politicization of vaccine verifications. “Celebrity is engaging in a convoluted process to avoid the appearance of inquiring into the vaccine status of its customers,” said Jim Walker, a maritime attorney who runs the popular Cruise Law News blog. “The question here is whether Governor DeSantis will claim that Celebrity has violated the intent and spirit of the law. If he doesn’t, as I expect that he won’t, this will prove that this was a political stunt to appeal to his base.”

Forbes reached out to a Celebrity Cruises spokesperson for more information and received the following statement: “We are working to finalize our health and safety measures for cruises departing from U.S. ports, including Florida, in collaboration with the U.S. Centers for Disease Control and Prevention, local and state authorities as well as the destinations we visit. We are encouraged by the ongoing dialogue and the health and safety of crew, guests and communities we visit, remain our highest priority.”